FOR THAT ODD RELATIVE IN THE FAMILY :-) 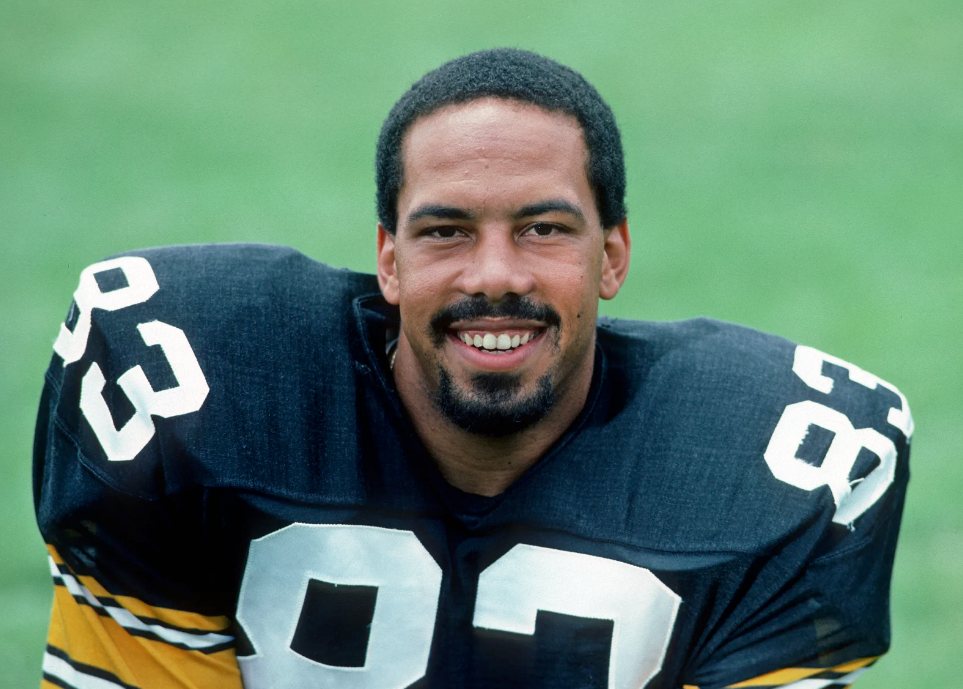 Louis Adam Lipps (born August 9, 1962) is a former American football wide receiver in the NFL who played nine seasons in the NFL, eight for the Pittsburgh Steelers and one for the New Orleans Saints.

He was drafted by the Pittsburgh Steelers in the 1st round of the 1984 NFL Draft after a college football career at the University of Southern Mississippi. Lipps also attended East St. John High School in Reserve, Louisiana.

His teammate John Stallworth took him under his wing when he was a rookie. In his first season, Lipps broke the National Football League record for punt return yardage by a rookie with 656 yards. Louis returned one punt for a touchdown and also caught 45 passes for 860 receiving yards and 9 receiving touchdowns. He was named the NFL's Offensive Rookie of the Year at season's end and was also named to the AFC Pro Bowl team for that year.

Lipps' second season in 1985 saw him go over 1000 receiving yards with 1134 and 12 touchdown receptions. He was named 1st Team All-Pro by the Newspaper Enterprise Association (NEA) and the Pro Football Writers Association (PFWA) and 2nd Team All-Pro by the Associated Press (AP). He also earned a second straight trip to the Pro Bowl. The Steelers named him the Team's MVP for the 1985 season. Lipps struggled with injuries during the 1986 and 1987 seasons but rebounded in 1988, finishing with 50 catches for 973 receiving yards and 5 touchdown catches including the Steel City Wonder, where he caught a ball in his facemask and scored. One of his injuries occurred in 1986 against the defending Super Bowl champion Chicago Bears, where he viciously took an elbow to the face by Bears linebacker Otis Wilson. In 1989, Lipps again led the team in receptions (50), receiving yards (944) and receiving touchdowns (5) and was named Team MVP for the second time.

Lipps left the Steelers for one season  to play for the New Orleans Saints for two games in 1992 before retiring as a Steeler in 1993. Lipps caught 359 passes for 6031 yards and 39 touchdowns in his career.